The myth around the god of love, Eros. His mother was goddess Aphrodite and his love was Psyche. He was hurt by his own arrows and fell in love for a mortal girl… 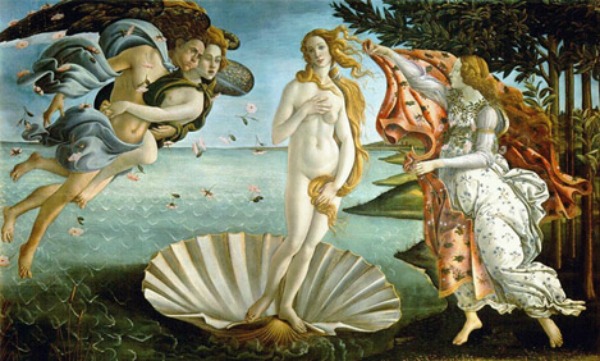 Goddess Aphrodite, the mother of Eros.

According to the myth Aphrodite was born at the coast of Cyprus at the foam of the sea. Zefiros, who is the wind coming from the west, carried her and brought her to Olympus. When the gods saw her they were surprised by her amazing beauty. Aphrodite was very beautiful with white skin and long hair. Her figure was perfect and so men craved for her love.

Among all these gods and men that wanted to make her their wife, finally Hephaestus managed to marry her but he didn’t managed to keep her away from temptations. Aphrodite often had secret affairs with other gods like Dionysus, Poseidon, Hermes, Aris. From these affairs Aphrodite gave birth to many children. The most important of all these affairs was the one she had with Aris, the god of War. Aphrodite got pregnant from Aris and this child was the god Eros, who was the god of love. This child was born one summer with wings on his shoulders and arrows on his hands.

Eros was representing the passion and the love, emotions that create the life. When he was throwing his arrows to people, they started to feel passionate love and desire but at the same time those emotions made them suffer too. God Eros and goddess Aphrodite had a prominent place among the ancient gods. They were representing the beauty and the romantic mood and they make humans experience positive emotions. Humans adored them and until today they consist a source of inspiration for many artists. The most famous artworks of well-known painters have depicted their beauty and eroticism.

Psyche, the mortal girl that Eros fell in love with. 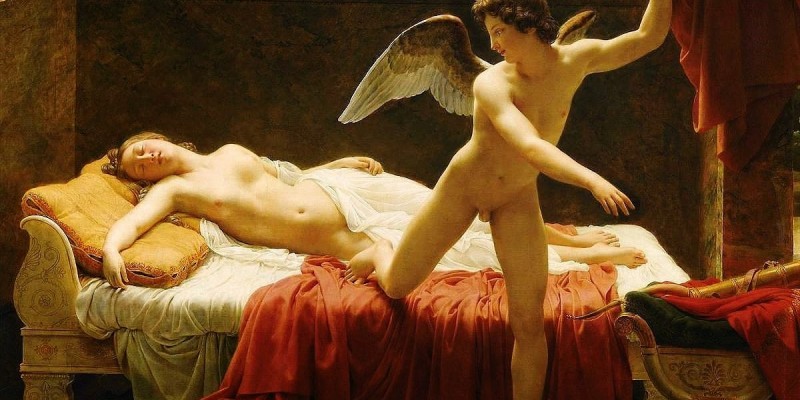 But god Eros got hurt by his own arrows and fell in love for a mortal girl, Psyche. Psyche was a very impressive and beautiful young girl. Her beauty was greater than Aphrodite’s beauty and so the goddess of beauty envied her and wanted to punish her. In order to revenge Psyche, Aphrodite ordered her son Eros to poison all men so no one would desire Psyche anymore! Then god Eros was hurt by mistake from his own arrows and fell in love for Psyche!

Years were passing and the beautiful girl didn’t get married. Her sisters were all married with children but not her. Then her parents, who were desperate from the fact that their beautiful daughter didn’t get married, went to the oracle of Delphi. The oracle told them that Psyche’s fate was to marry an immortal and so she had to go on the top of a mountain, dressed like a bride, and wait for a dragon. Indeed the parents decided to do so. Psyche went up to the top of a mountain and then Zefyros, the western wind, felt pity for her and took her to a green valley. Then she saw in front of her an amazing palace that only a creation of a god could have been. She stepped into the palace and she lived there. Eros had created this palace and every night he was visiting her without revealing his face. Psyche’s sisters when they informed that she lived in a very rich palace they got jealous so they told her that the mysterious man that sleeps every night with her is the dragon that the oracle had said about. Psyche believed them so she was persuaded by her sisters to kill the dragon on his sleep. This night when the mysterious man fell asleep, Psyche came close to him with a candle. The light of the candle revealed the face of her lover; it was the masculine face of the god of love. The wax of the candle dripped on Eros and woke him. Then he threw away frightened.

Psyche then realized the deception of her sisters and regretted for the harm that was nearly done. She started looking for Eros everywhere but she couldn’t find him. Goddess Aphrodite had set him to prison. The girl was desperate and she went to goddess Aphrodite for help. Aphrodite told her that she had to prove her love for her son with 3 tests. The first was to classify a huge amount of pulses, the second to bring her gold wool from wild sheep and the third and the most difficult was to bring her from the Underworld the box with the beauty cream used by Persephone. 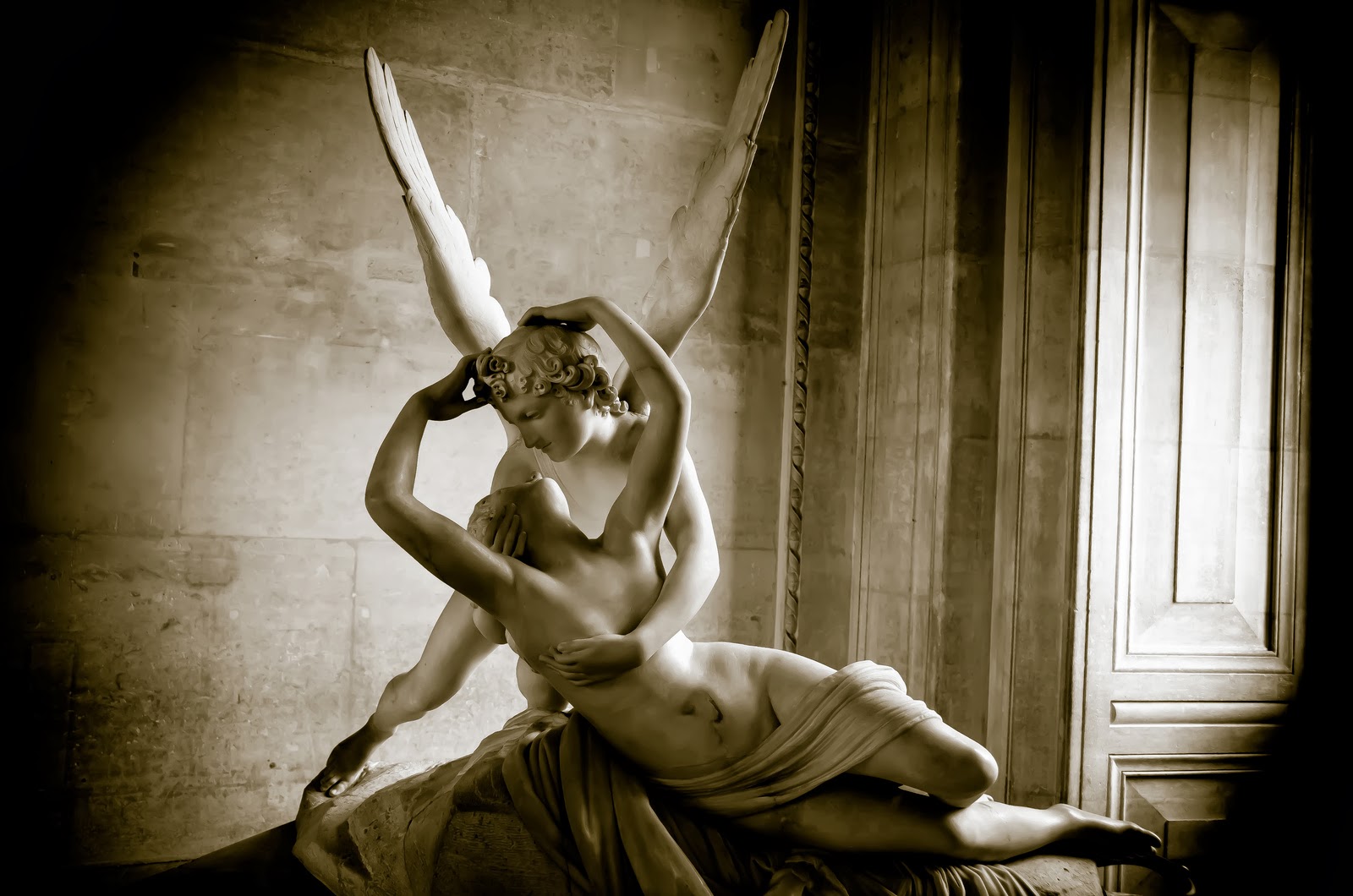 The elements of nature fell sorry for the poor girl, so they helped her to pass all the tests. But when Psyche opened the box with the beauty cream she fell into a deep sleep. Eros despaired, escaped from prison and went to Olympus to seek the help of Zeus. Zeus heard the begging from Eros, he make Psyche immortal and allowed him to marry her. So Eros (in Greek means love) got married to Psyche (in Greek means soul)!