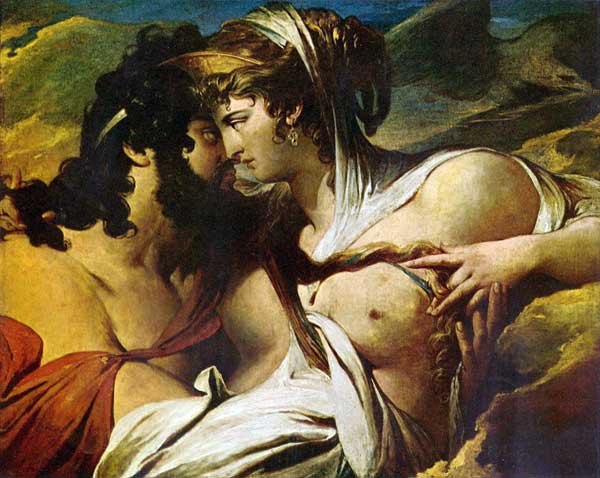 Who enjoys more during intercourse and feels more pleasure? Is it man or woman? The answer that came from the ancient fortune teller Teiresias, according to Greek mythology, made Hera furious so he blinded him. Zeus on the other hand, gave him the charisma to be able to see the future…

The god Zeus was known for his infidelity to his wife, Hera. Their relationship was tumultuous and they often had serious conflicts. Hera, every time that she was finding out about her husband affairs, she became vicious and wanted revenge. The myth has it that in one fight of the couple, Zeus claimed that the reason that he was avoiding Hera in their bed wasn’t that he was sleeping with other women but that women enjoy intercourse much more than men! Hera was really mad with her husband and said to him that this was a terrible lie! Their argument led them to Teiresias, who had lived in the past as a woman so he was the only one to give a reliable answer. Teiresias told Hera that if we could divide the pleasure during intercourse into ten pieces, woman would take nine of them and man only one! Hera became furious because she believed that he lied to her and punished him by make him blind. Zeus wanted to thank him but he could not take back the punishment of another god so he gave him the charisma to see the future. He also offered him the opportunity to live not one but seven times!

Why Teiresias lived in the past also as a woman?

According to the myth, Teiresias was walking in the mountain Killini and he saw by mistake two snakes while they were mating. Snakes attacked him and while he was trying to protect himself he killed the female snake. The next minute Teiresias was transformed into a woman. As a matter of fact he was a very beautiful woman and many men wanted her. Thus, she became a famous prostitute! After seven years she met again two snakes mating! She killed the male and she transformed again into a man! So, the famous fortune teller had lived as a man but also as a woman for seven years. That is why his opinion considered to be reliable!