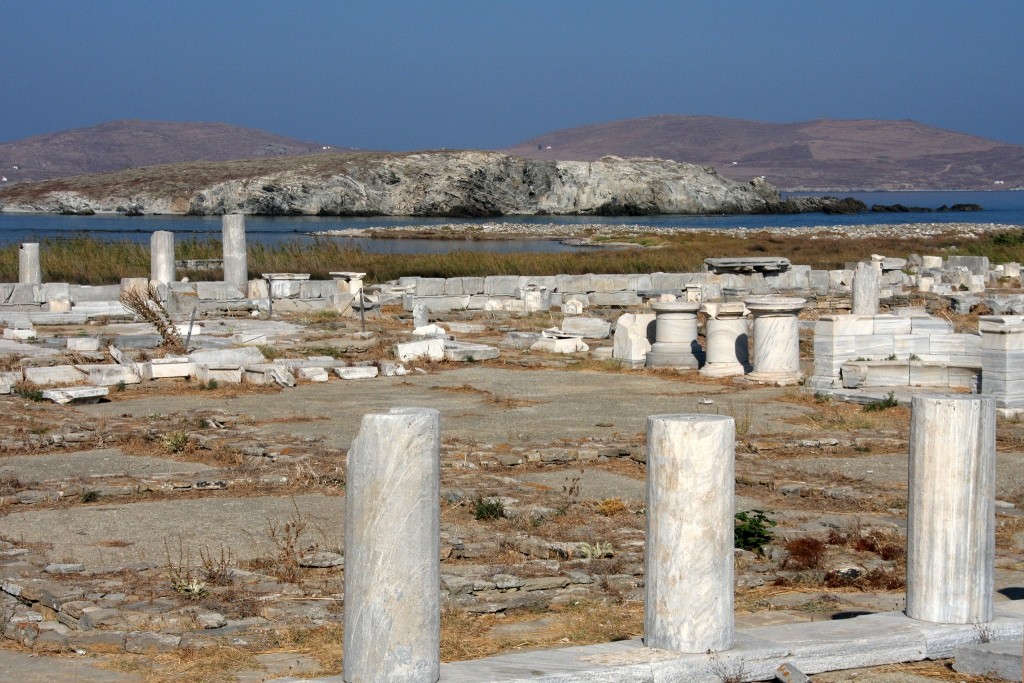 Delos is the sacred island of ancient Greeks which according to the mythology was revealed in Lito who was persecuted from Ira through the waves of Aegean, in order to give birth to her son Apollo and her daughter Artemis. In Delos exists the ruins of one of the bigger and very impressively organized settlements of Greco-Roman antiquity. The island firstly inhabited the 3rd millenium b.c. probably from “Kares”.

Delos is one of the smallest islands in the Aegean (just 6.85 km2) but it is the most famous and sacred of all islands in antiquity since, according to the legend, it was there that Apollo-Helios, god of daylight, and Artemis-Selene, goddess of night light, were born. So this small island was the birthplace of light, precious for Greeks.

The first people who inhabit Delos, “Kares” built their houses on the hill named Kynthos. From there they were able to observe the sea and be prepared to react if enemies were trying to approach the island. Later (end of 15th century BC), the Mycenaeans arrived at the island and felt confident enough to built their houses in the small valley near the sea.

The Apollonian sanctuary was established at the 9th century BC. The sanctuary of Apollon reached the peak of its glory during the archaic period (7th – 6th century BC) and classical period (5th – 4th century BC) when all the population of Greeks gathered there to worship Apollo, the god of light and his twin sister Artemis, the moon – goddess).

In 315 B.C., when Macedonians arrived on the island, Delos achieved its independence and developed commercially. During the Roman period, the island thrived,  until 88 B.C.; the population included Egyptians, Syrians and Italians. Then, after two dreadful attacks during the Mithridatic War, Delos went into decline and was finally abandoned in the 6th cent A.D. 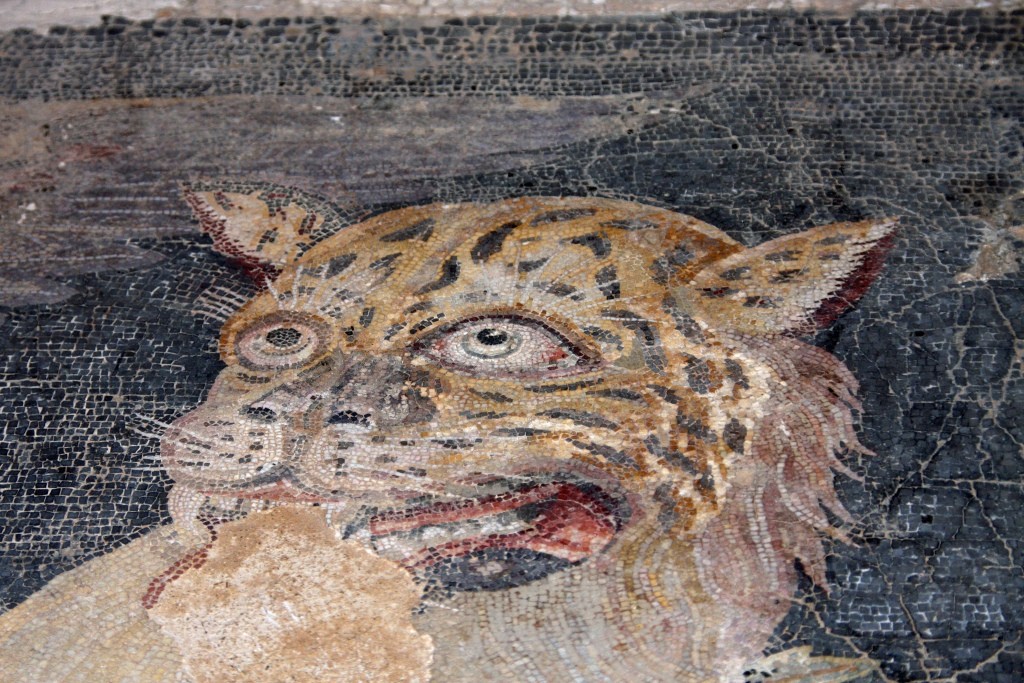 Delos Museum erected at 1904. All the cost of the construction of the museum was covered by the Athens Archaeological Society.

The present gallery contains nine sections. Six of them include sculptures and reliefs found on Delos and considered to be one of the best collections of the world. Two sections include prehistoric pottery the last section includes various objects of everyday life, found in the private houses of Delos.

The excavations, which started in 1872 and are still in progress, have unearthed the Sanctuary and a good part of the cosmopolitan Hellenistic town.The findings from the excavations are housed in the Delos Museum, and include all or part of some 30,000 vessels, statuettes, small objects, 8,000 sculptures, and 3,000 inscriptions. Most of the sculptures, a few pottery and small objects are exhibited in the Museum of Delos

Since 1990 the whole island of Delos has been designated a World Cultural Property and is protected by UNESCO. Extensive conservation and restoration work has been done the recent years financed by the EEC and the Hellenic Republic.