Greek temples stand gloriously through the centuries, reminding to the humanity the greatness of the ancient Greek civilization. The ancient Greek architectures were extremely talented and they constructed temples and monuments that are admired until today, centuries later from their construction. Despite the difficult circumstances, like wars and disasters, many of the temples managed to be preserved in a very good condition.

The statue of the god was deep inside the temple. People that wanted to offer a sacrifice to the god were gathering outside the main building of the temple, in a place made especially for that purpose.

According to these functions, temples were designed and built. Also, the primary and basic design of one temple was created around the statue that they were going to host.

Parthenon is the greatest among all the ancient temples in Greece. Its construction began in 448 BC and finished in 438 BC. The sculptured decoration was ready in 432 BC. According to history the architectures of this temple were Iktinos, Kallikratis and probably Fedias, who was the creator of the sculptured decoration. Parthenon is one of the few temples that are constructed totally with marble and also the only temple with embossed all its metopes. Many parts of the sculptured decoration of the architrave and the panels of the roof had on them decoration colored red, blue and gold. The marble they used was one of the best in the world, the marble of Penteli Mountain. 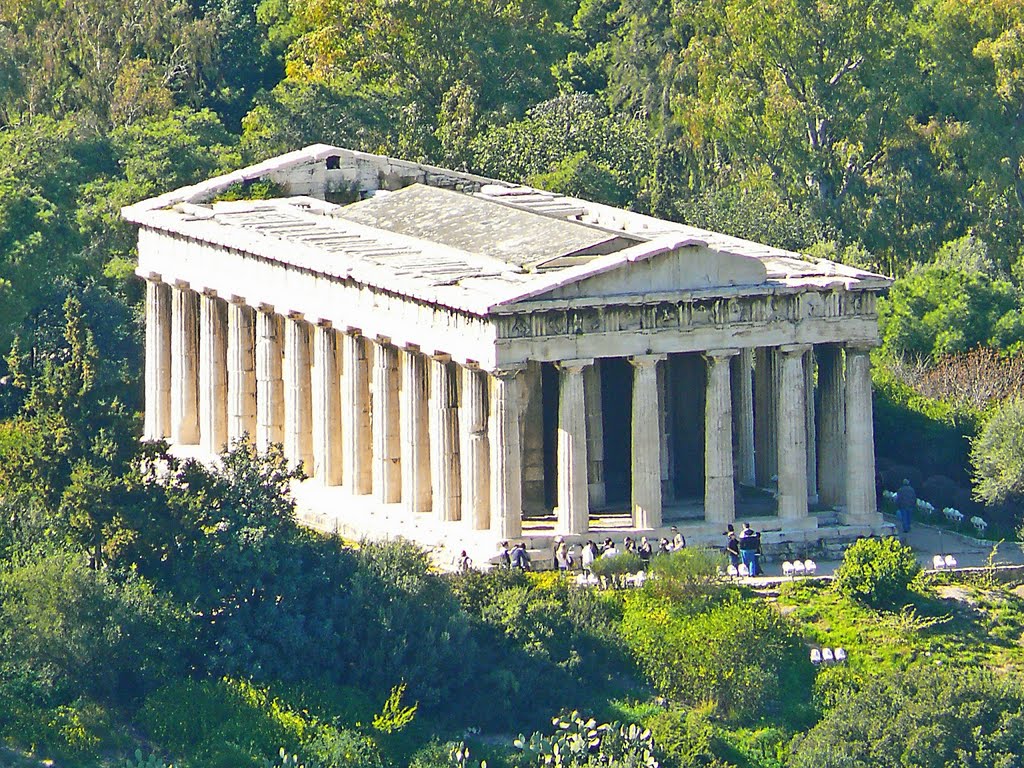 The temple of Ifaistos, known as Thiseion, is one of the best preserved ancient temples of Greece. It was dedicated to the god Ifaistos and to the goddess Εργάνη Athena. It is located at the area of Thiseion. This area took its name after this temple because people falsely believed that the temple was dedicated to Thiseas, something that proved to be wrong. The temple of Ifaistos is accessible for the people, as a part of the Ancient Agora. This temple is built on the hill of Agoraios Kolonos, on the west side of Ancient Agora.

The sacred temple of Poseidon 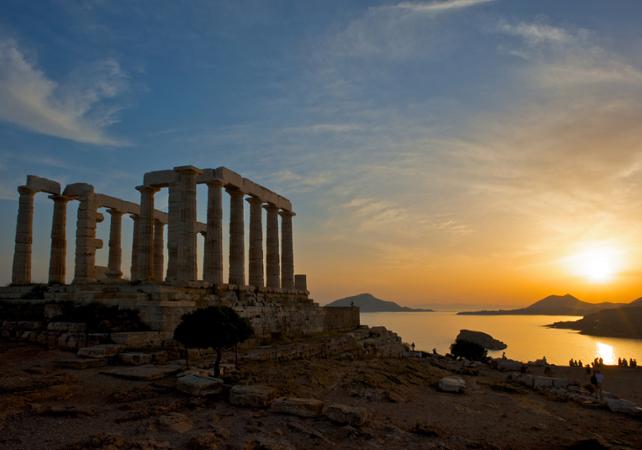 The sacred temple of Poseidon is located inside the fortress that protected the coast of Athens and the zone of metals. This area, named Sounio, was one of the most important parts of the metal zone of Athens together with the area Agrileza with the quarries. In the whole area, mining facilities have been fount together with houses, roads and cemeteries. One big cemetery of Geometric and Classical Period is located at the western coast of the peninsula.

The temple of Olympian Zeus

The temple of Olympian Zeus is one very important ancient temple at the center of Athens. Its construction began in 6th century BC, and completed in 2nd century BC in the years of the Roman Emperor Andrianos. This temple was the biggest temple of Greece during the Hellenistic and Roman times.