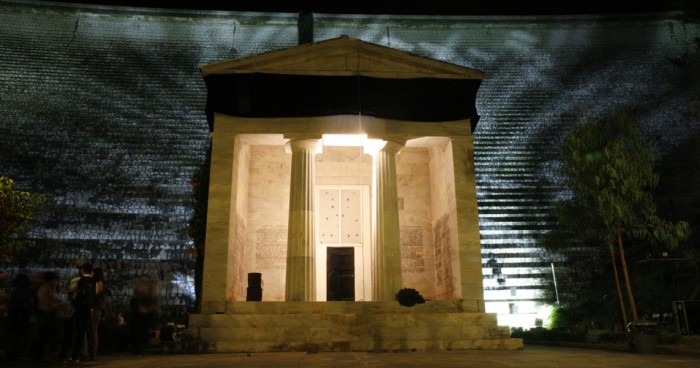 The ancient temple at the base of the Marathon dam was built by the Athenians in order to “exorcise” the water scarcity.

Eleftherios Venizelos already counted one year as Prime Minister of Greece, when on October 20, 1928, in the presence of President of the Republic Admiral Kountouriotis, launched the project, which finally brought water to Attica: The Marathon dam

The Marathon dam created the homonym artificial lake at the confluence of the streams Charadras and Barnabas. Before the construction of the dam was finished, at its base erected an ancient temple. The temple that exists till today is a copy of the temple built by the Athenians in Delphi after their victory at the Battle of Marathon and symbolizes the victory of modern Athenians in the fight with water scarcity.

The construction of the arched dam began in 1926 and employed almost 2,000 people who lived in the area until the completion of the project. For this purpose it had been granted to them free accommodation and food. These workers also built with Pentelic marble the small temple just behind the massive walls of the dam.

For the completion of the project a 13.4 km long tunnel was constructed, through which water was transported from Marathon to Athens. Furthermore, for the tunnel to be properly supplied with water a marble tower was built, which controlled with special valves the flow of the water into the tunnel.

The whole dam is constructed with white Pentelic marble, like Acropolis, a fact that makes it unique and famous all over the world! 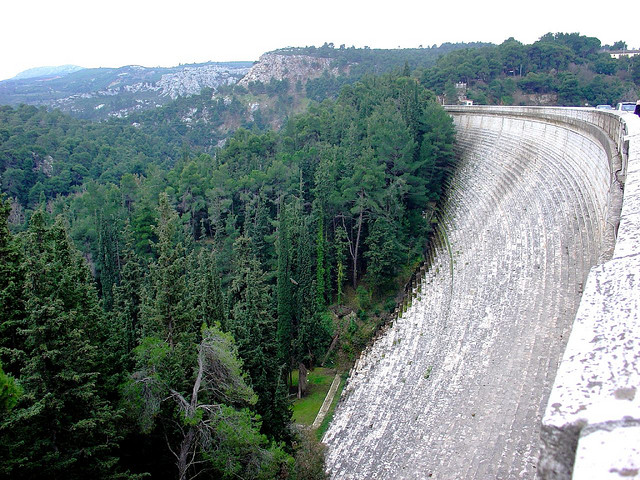