It is not only the beautiful beaches of Greece that are worth visiting, but also the amazing sea caves that you can explore! Lovers of nature have to admit that beauty of Greece is mainly at the geomorfological phenomena exhibited by nature, such as sea caves that exist at the most sea parts of Greece. Here are the top 10 sea caves in Greece:

They are located at Limnionas beach and you can reach them by the sea with a boat. They are a historical spot as they where the place that the fleet of Xerxes was destroyed at 480 BC. Mythology says that they where the base of operations for the god of the sea, Poseidon. Today this natural resort is offered for unforgettable moments of swimming and if you are lucky you will swim together with the dolphins or the seals monachus – monachus, who find there a shelter. 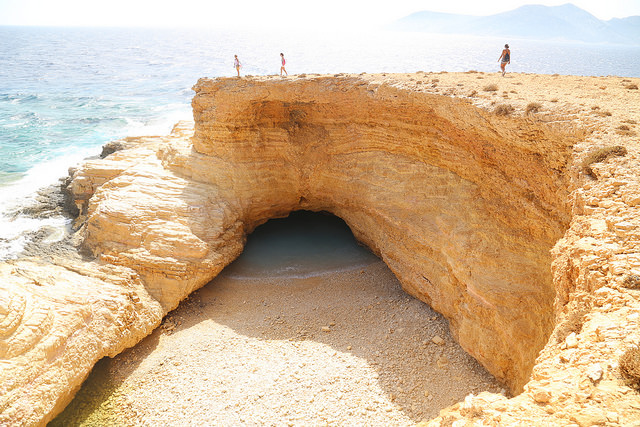 This extraordinary sea cave is located at Koufonisia, on the way to Pori. After you cross Pori, you will see the rock that looks like a lion and next to it you will find the cave named Milk. You will be amazed from the shape of this beach. The rock surrounds a tiny beach with white water! That is the reason that this cave is called the Milk (some people also call it Ouzo, from the traditional Greek drink) The white color of the water exists due to the dust of calcium that falls from the rock.

This sea cave was the base of operation of the Greek submarine “Papanikolis” at World War 2. Thanks to its size, the cave of Papanikolis is the largest sea cave in the world. With a length of 120 meters, every year attracts visitors to admire the magnificence of its natural beauty. You can reach the cave only from the sea with a boat. Water is so crystal clear that you can see the bottom of the sea and beautiful stalactites hanging on the roof. Inside the cave there is a small beach carefully preserved. 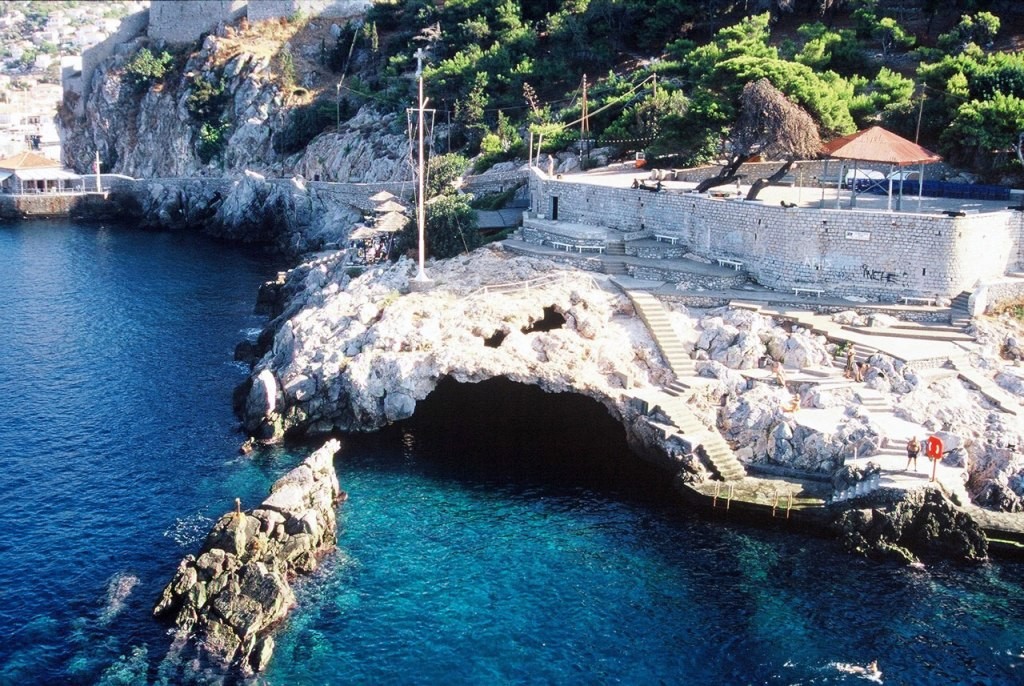 It is the most popular beach of the island of Hydra. The rocks create a raised natural platform, suitable for impressive dives in the deep clear waters for the “restless spirits”, while some parts of them have been covered with cement, and became ideal for sunbathing, for those looking for more peaceful times. 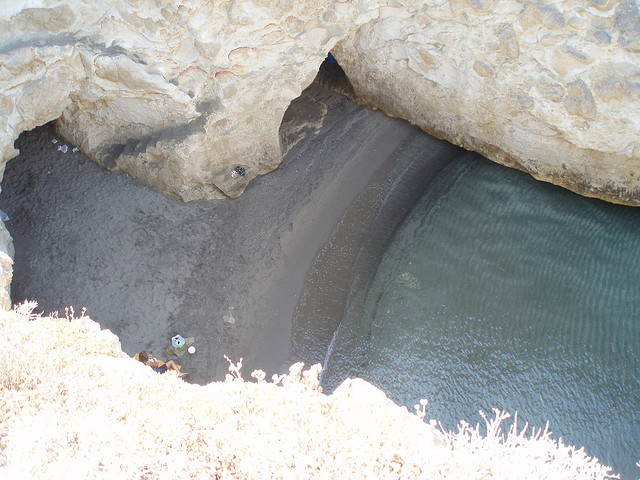 The three caves of Papafragas – Milos

Those caves where the base of operations of the pirates at Byzantium. They took their name after the last priest (papa – Frangos) who protected his boat into the caves. The rocks around the beach are huge and visitors can reach this beach by the road, although getting there is a bit tricky and difficult in some parts of the path. The virgin beauty that you will see when you get there is going to pay you back for the difficult path you had to cross.

Blue cave in Alonnisos can be reached only by a boat but is definitely worth visiting. It is located near the sea park of the island and on its roof you will admire impressive stalactites! Her name reveals the amazing blue color. 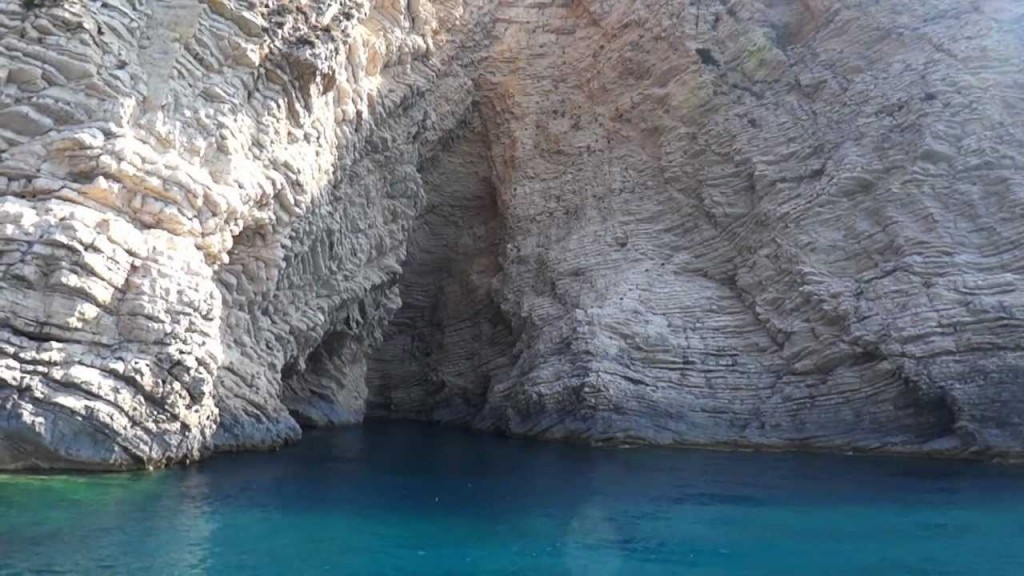 These caves consist the most impressive scenery that the visitor of Zakynthos can see. They are located at the area called Volimes. Swimming in these caves is like living in a fairytale! Waters have the color of deep blue and the bottom of the sea is full of orange and purple corals. You can reach blue caves only by boat. A lot of boats are making tours to the caves all day long from several locations of the island. It is better to visit the caves in the morning to enjoy the colors of the water and be aware that only small boats can get into the caves. 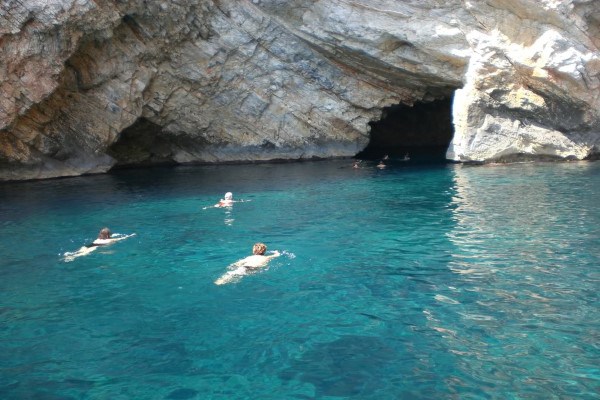 Those sea caves are hidden in the craggy rocks of the eastern side of the island. Pentekali is small with two small entrances and Diatripti is larger with one main entrance. You can reach them by boat and you can get into the Diatripti cave if you go with a small boat. On the other hand, if you visit them on a bigger boat, you can dive in to explore them! 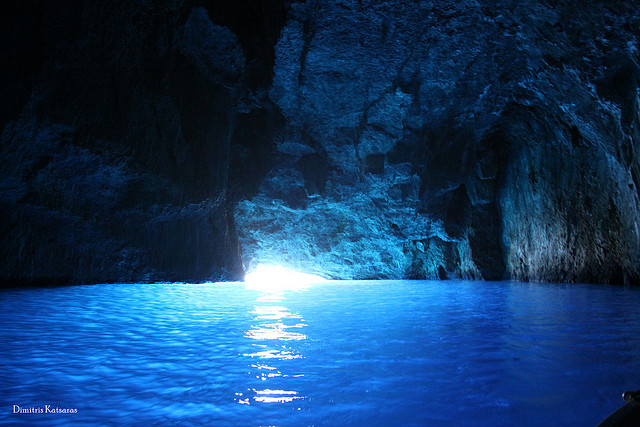 Internationally renowned and compared to the Blue Grotto of Capri Island in Italy, the cave is probably one of the most impressive natural treasures of the Mediterranean. The seals monachus – monachus are residents of this cave which is located at the southern side of the island. You can reach the cave by small boats that can get into the small entrances. At the bottom of the cave live several varieties of rare fish species. Cave’s morphology is one of the most remarkable geological phenomena of the earth, attracting many scientists to explore it. History says that into that cave treasures of pirates are hidden! Swimming into these waters is a unique experience!